orange peels, liquid smoke and all 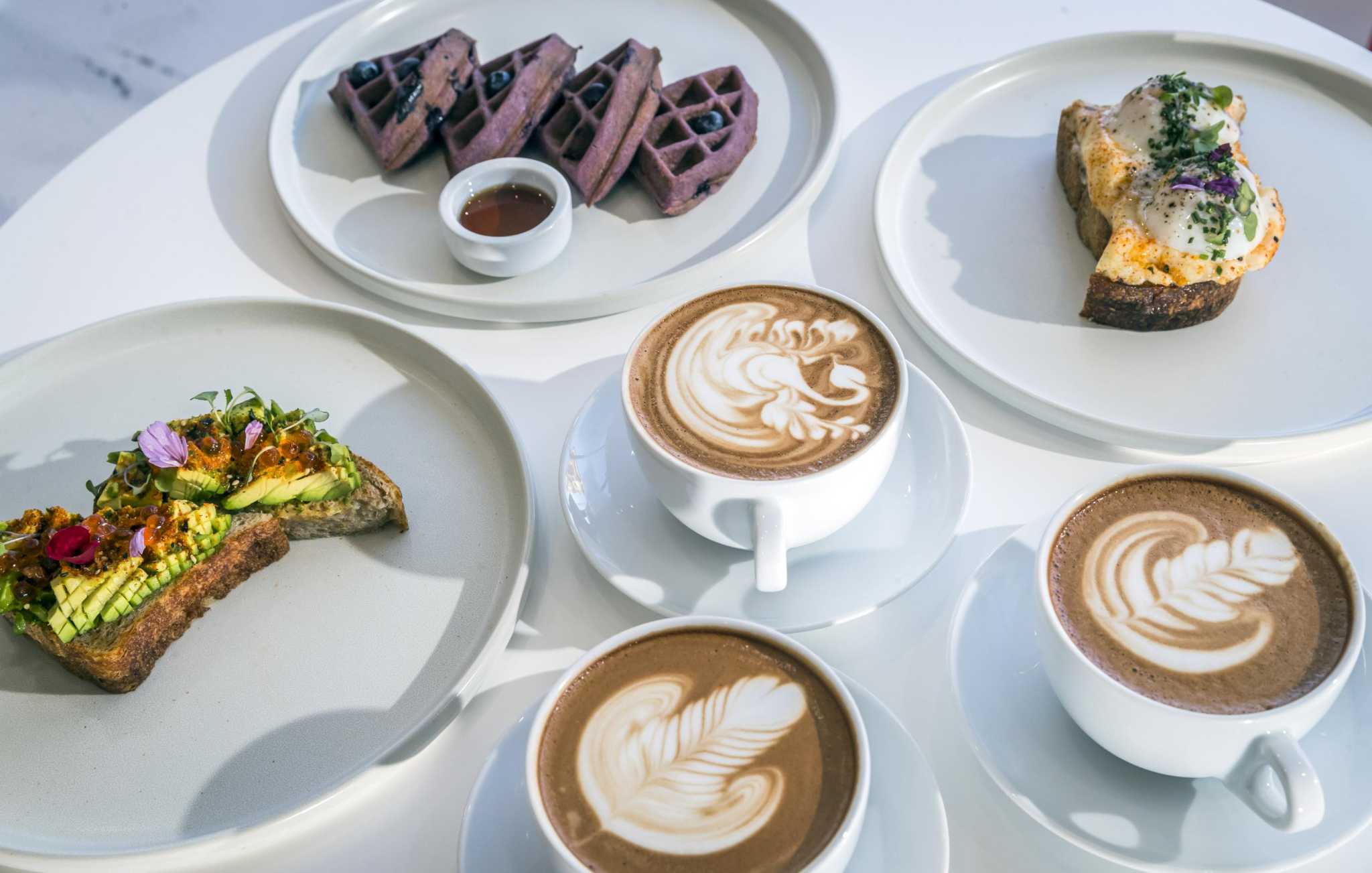 Rich Lee spent a decade pulling hundreds of espresso shots for lattes and cappuccinos at iconic Bay Area coffee brands like Blue Bottle, Sightglass and Peet’s. At some point, he felt starved for creativity.

He fantasized about opening a cafe that served drinks as composed and thought-provoking as a restaurant dish or a high-end cocktail — longing to play with ingredients and techniques he learned as a fine-dining cook in San Francisco.

Now, Lee is putting that dream in action at Spro Coffee Lab, which he opened in San Francisco with his wife, Liza Otanes, in July. At the Church Street cafe, you’ll see baristas pouring drinks that challenge the coffee purist status quo. There’s the citrusy Pixie Dust (a shot of espresso with oat milk and grated orange peels, topped with freeze-dried yuzu powder and sansho pepper) or the Smoke and Mirrors (espresso on the rocks with liquid agave smoke that’s meant to evoke the flavor of mezcal).

“We like being different. For far too long, myself and other baristas have been told people don’t like this; people like traditional drinks,” Lee said. “And that’s unfortunate, but that’s why we exist.”

Lee and Ozanes started Spro in 2017 as a trailer at the Spark Social food truck park in Mission Bay. They say it was a proof of concept for Lee’s experimental creations, which drew a following successful enough that they were able to expand with the cafe.

The Spro menu is split into three categories: “fancy” (espresso and milk-based), “over the top” (inspired by out-of-the-box drinks that baristas create at competitions, highlighting aromatics and bitters) and seasonal drinks that incorporate atypical ingredients such as black currant syrup and activated charcoal.

If you’re feeling fancy, there’s the coco de mer, a dark chocolate tres leches mocha. They make their own tres leches milk from whole milk, coconut milk and condensed milk, and mix it with a 70% drinking chocolate made with cacao from Madagascar. (Some people go all in and order it alongside the cafe’s tres leches cake.) The Island Hop kicks the tres leche milk up a notch with ube powder, which gets dissolved in the espresso for a more complex flavor.

Many of the drinks are like coffee cocktails, sans alcohol. The Smoke and Mirrors, which is in the “over the top” section, is served on the rocks with edible gold dust. Their take on sangria? Cold brew with peach bitters and raspberry gum syrup, also an “over the top.” The orange zest in the seasonal Pixie Dust fills your nose when you lean in to take a sip, and the sansho pepper leaves a light tingling on the back of the throat

“We think about all five senses, texture, temperature, even the way our ice gets melted and diluted,” Lee said. “We pay attention to all of that, as one should.”

But these creations don’t quite fall into those categories: They’re not gimmicky or trend-chasing, and though flavors pull from multiple cultures, Spro’s drinks are not so focused on the owners’ backgrounds. Instead, underpinning everything at Spro is an all-consuming commitment to the art and science of espresso.

Over the course of a decade working at local cafes and roasters, Lee became obsessed with honing coffee techniques at an almost molecular level. At Spro, he trains baristas to use pipettes and refractometers to measure the breakdown between water and total dissolve solids (the amount of soluble solids in a liquid) in their espresso. They’re shooting for a sweet spot in the extraction percentage to strike just the right balance between sour and bitter.

The baristas pull extra shots every hour to monitor the taste of the espresso. They pay obsessive attention to temperature, texture and smell in drinks, whether it’s a gilbatrar or an activated charcoal latte. Spro’s beans change often, but they work with single-origin coffee companies like North Carolina’s Counter Culture Coffee and Black and White Roasters.

“It’s like having strong back muscles or a strong heart,” Otanes said of quality espresso. “That’s at the core of everything.”

Spro is also the owners’ answer to their frustration with great coffee shops that serve mediocre food. They use a sous vide machine to precision cook sausages and eggs for breakfast sandwiches and emulsify blueberries as a topping for chewy mochi waffles. All pastries are made in-house, as are sauces like a smoked guava rum sauce and herbaceous mojo sauce.

The minimalist bright-white cafe with firehose-red chairs and accents has become a neighborhood gathering place, with ample seating inside and a few tables outside (plus an actual dog menu for canine customers). There’s free WiFi for those eager to work from a cafe again instead of their dining room table.

Lee is setting his own coffee standards here. He urges the baristas to experiment and color outside the lines in the way he longed to do before starting Spro. They named it a coffee “lab” for a reason.

“We really encourage the baristas to go wild, just do your craziest drink. We’ve made a ton of terrible drinks. But every 100,” he said, “you’re going to get a drink that’s just phenomenal.”